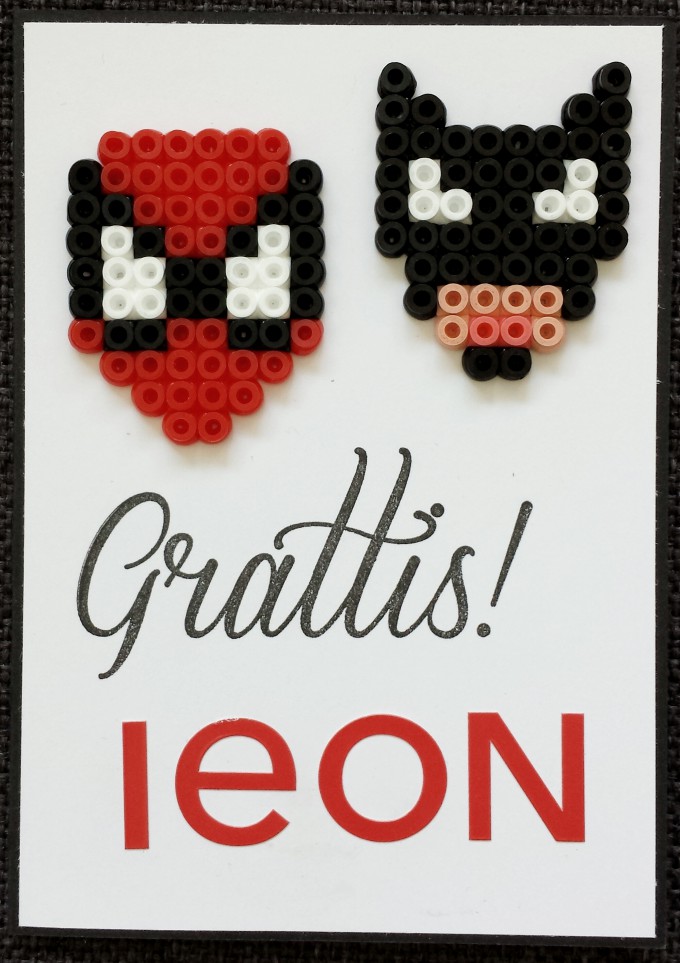 My cousin Leon turned six in April and I made him a card for his birthday. I got inspired by some cards and crafts on Pinterest and made this. He was very happy! I think I should come up with another theme for next year, his cards all look the same year after year ;) I also put a note inside the card saying that he could remove the heads and wear on a keychain. 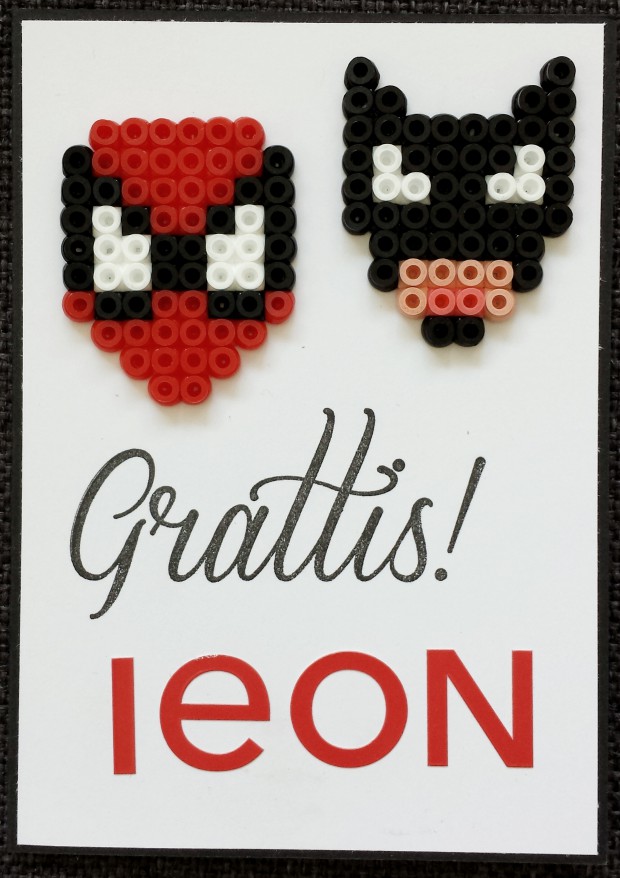 A birthday card for my cousin who turned 5 yesterday! I asked him which superhero he likes most, since he couldn’t decide I made a card with his two favourites! He was so happy! 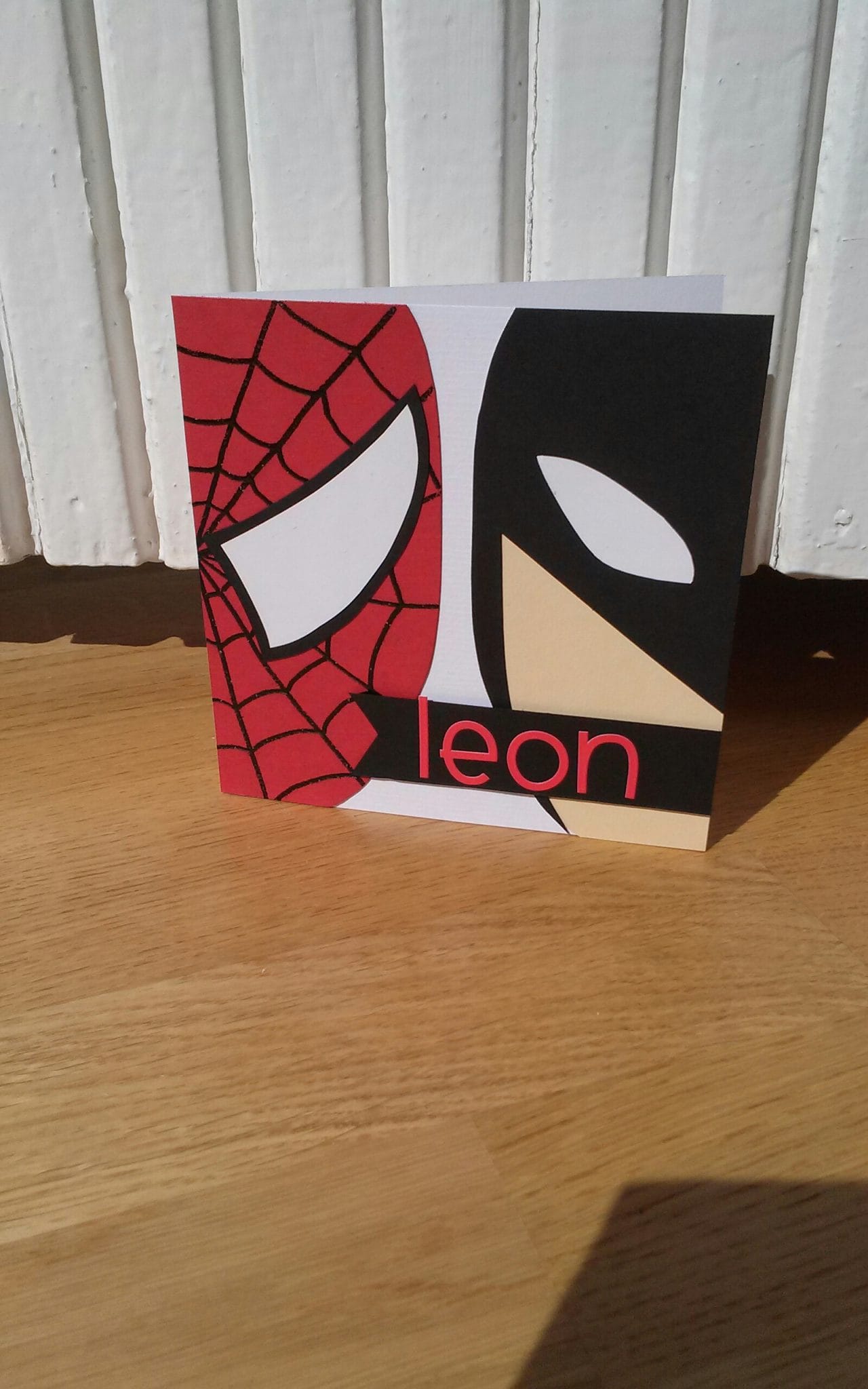 One of my previous colleagues asked me to make him the apple logo from hama beads (I showed him the ones I made a while ago) and in the middle of the crafting another friend of mine asked me to make him Megaman for his son. So I finished them both and here’s the result! 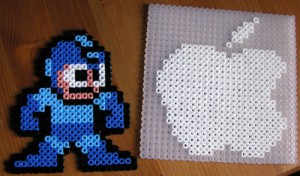 The apple was a bit tricky to make, not completely satisfied but I got tired and went to bed.. I’m always exhausted on Friday nights.

I’ve had a super awesome idea in my head for a while now and this weekend I decided to make it real. I started with purchasing white sneakers (cheap ones in case I’d fail). These ones are from skopunkten.

The second step was to do some sketching for what to draw on the shoes. I also ordered pens for coloring on textile. 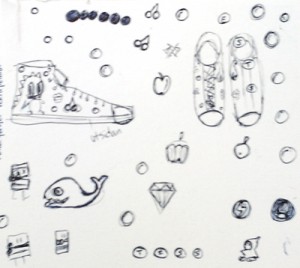 And for the fun part!

I started with some light sketching on the shoes using a pencil. Be careful not to make to hard lines.. it’s not easy to remove them afterwards. 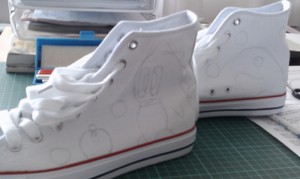 And then, time to put some color to it! I was a bit too eager to color and didn’t let the areas dry before adding a second color right next to it, this causes the color to bleed so be careful! 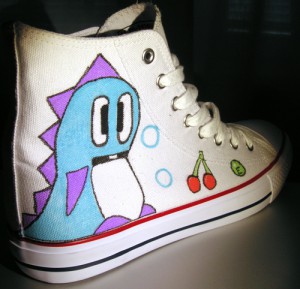 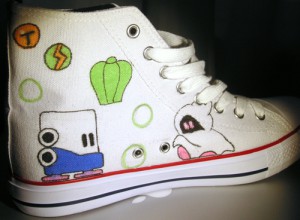 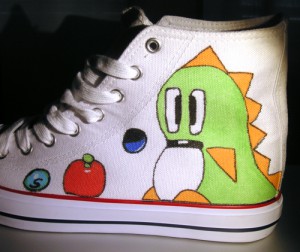 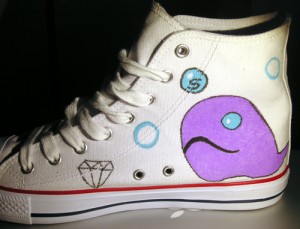 I must admit that I am very satisfied with the result, I wish I had this idea a few years ago, I feel too old to wear shoes with cartoons on them. 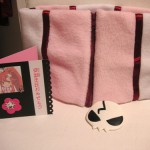 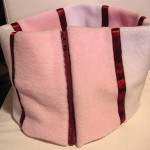 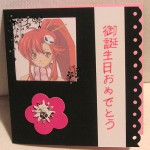 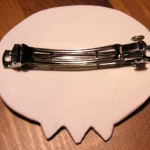 When I was a kid, six years or so, I loved making necklaces and stuff out of hamabeads. Some were glued onto pieces of wood and used as saucepan mats or wall decorations. Tacky, I know, but I guess my mum liked them even tho they were ugly :) I remember I had pegboards in shapes of butterflies, hearts, stars, animals, squares and circles. Some needed ironing or glue and some were done immediately. I still loved it. When I got older I tried to make nice earrings, bracelets and necklaces but I was never satisfied with the result.

Now I’m back with the pegboards and enjoy the pixel-like art I can make. Mostly well known figures such as Bub & Bob from NES or a KoopaTroopa on request by my brother. I also made the warlock class icon from World of Warcraft (the trickiest so far) and the Commodore logo for a friend. 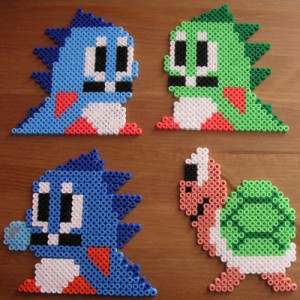 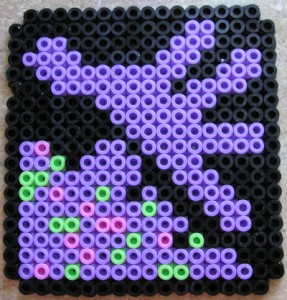 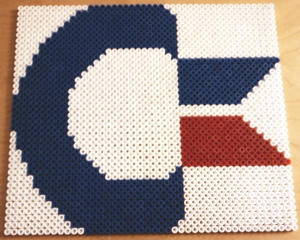 Not sure what kind of function they have, but using them as table protection (for glasses and saucepans etc) should work fine. As these are better looking than the ones I made in my early days I might even use them as decorations ;)

Create something using this:
- pets
- one layer
- something very old