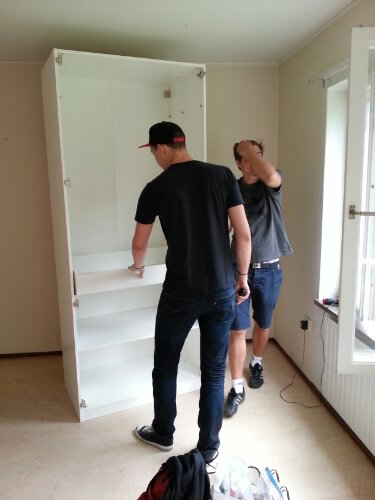 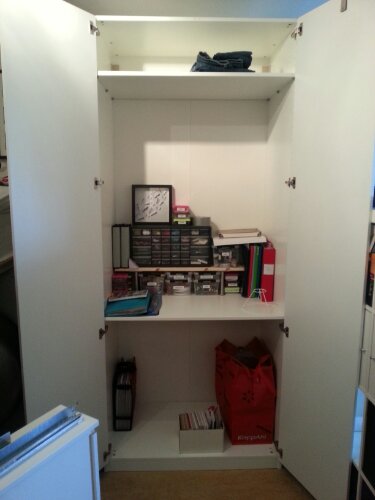 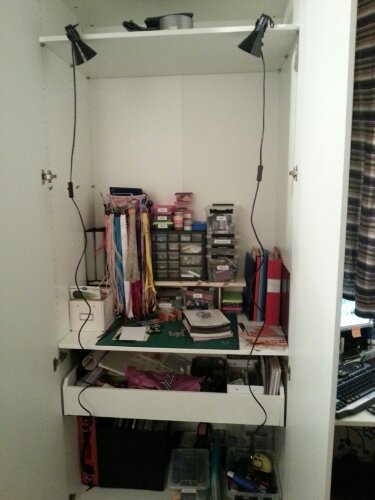 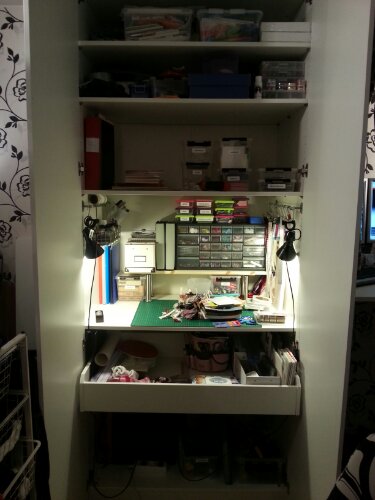 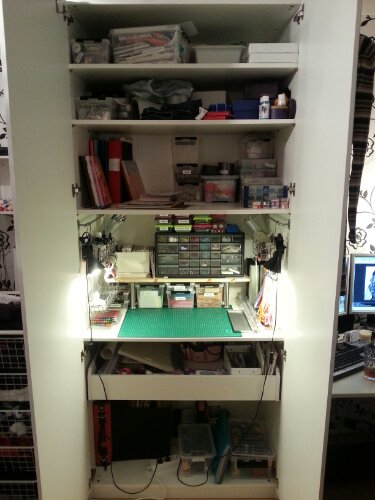 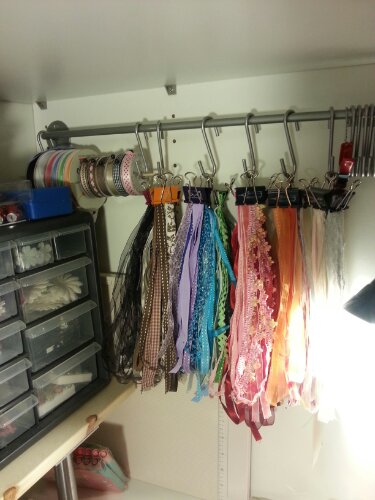 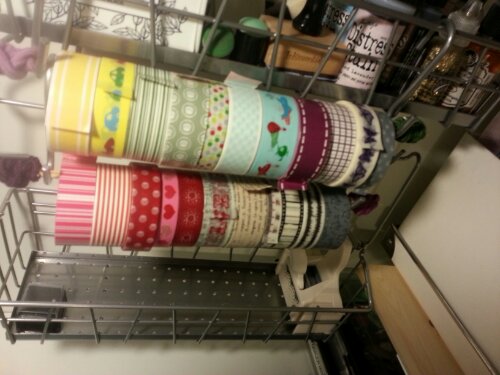 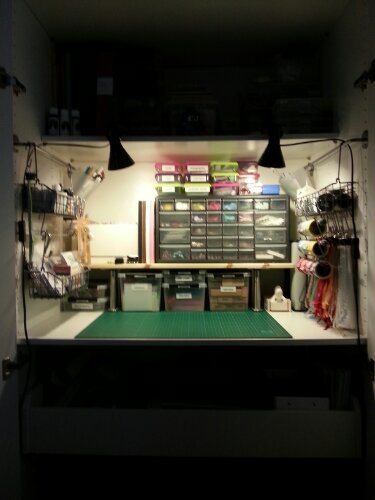 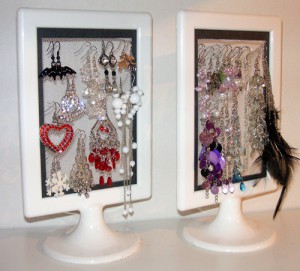 Unfortunately I didn’t come up with this one myself, I got inspired by this post on IKEAhackers and I just had to make myself a few for all my earrings. Before the hack was born I used one of those paper stands for mail and such, similar to IKEA’s DOKUMENT webbed surface. Perfect for earrings with hooks!

I got bored and thought this would look nicer, unfortunately I had no cross-stitch canvas at home, just some tulle and thicker paper. Since the tulle is quite soft and weak it wouldn’t stand in the picture frame with any heavier earrings on so I created some sort of frame with my thick paper. I had to use both double-sided tape and super glue to make sure it would hold up. I even put a few staples around the edges, I don’t trust glue that much ;)

As you can see, my earrings are quite heavy and the tulle does hang down a tiny bit on the left image. 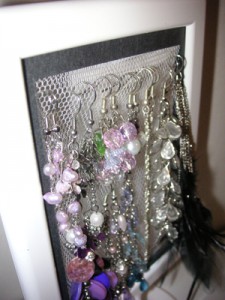 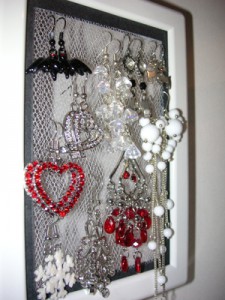 After putting my earrings up I thought I needed something for my pin earrings so I took some of my favorite paper (both are from DCWV’s collection Black Currant) and punched small holes to stick the earrings into and close on the back side. 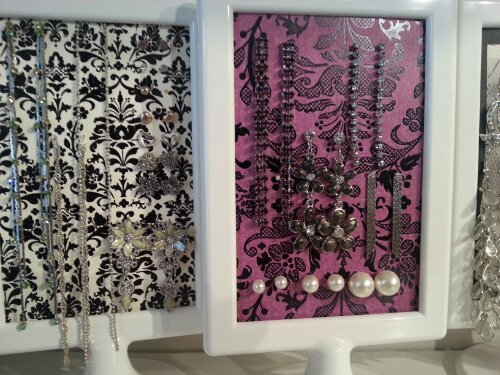 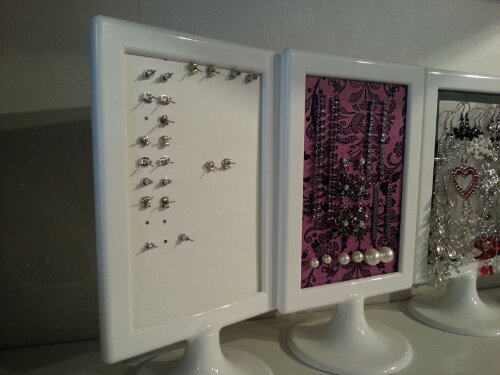 If I ever get bored of the paper in the frames its so easy to replace. I’m sure it works with paper for the hook earrings as well.. maybe one day ;)
It does bother me a bit that the pattern is very bold, it does look quite messy but I just love the purple one, it looks great with the white frame too!

EGON is a fusion of GRUNDTAL and STAVE. It’s perfect for small apartments and compact living.

I live in a 30 square meter apartment with large windows, many doors and little free wall space due to fantastic planning. And like any girl, I’d love a huge full-size mirror. The only problem is that I don’t have the required wall space available.
When I broke my KRABB mirror (while sleeping) I made my way to IKEA and purchased STAVE without thinking twice. Thrilled over my new mirror I went home and realized that it would be impossible to put it anywhere on the wall except behind a door, which would work perfectly fine except for the fact that I need the space for my purses and shoes.

I asked my dad if it’s possible to hang 10 kg on a door without breaking it, and if he thought we could figure something out for my door. Since I have to use every space possible I already have a bunch of GRUNDTAL hanging around over my doors and my dad took one home for examination.

After removing the protective rubberplasticthingy on the back side he found out that the hooks were drilled and pressed into holes in the main part of GRUNDTAL and it was really easy to remove them! 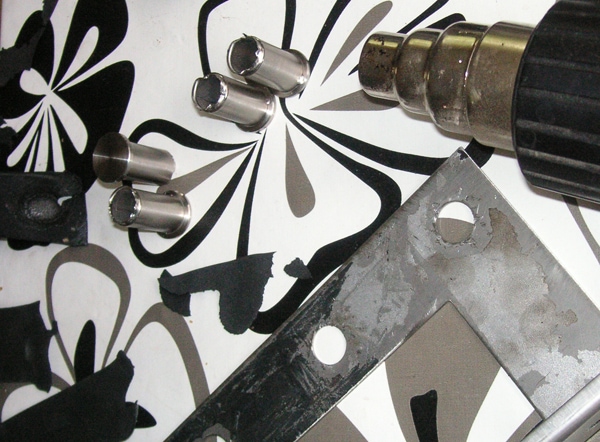 My dad likes to weld things (unless it’s rust on a car) and had some screws and washers lying around just waiting to be used. So we decided to give it a try and I got to learn how to weld!

After a few hours of preparations and welding (yaay) we got a pretty decent result. A GRUNDTAL with two screws sticking out just enough to fit the holds on the mirror. 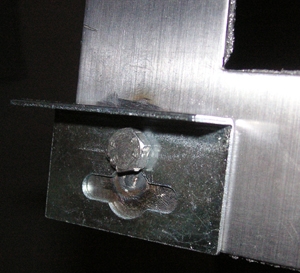 I also taped some protective plastic on the backside to avoid marking the door.

Since STAVE should be able to hang both horizontally and vertically we didn’t think it would be an issue to hang it vertically on the door by moving the holds to the shorter sides of the frame. We were wrong. After only one or two days the frame started to break apart. I moved it to the floor before it actually broke.
The frame around the mirror piece is not strong enough to hold the entire weight of the mirror, that’s why the holds were mounted along the longer sides (should have figured that one out).

We went to Bauhaus and purchased an L-shaped aluminium frame, cut it off for perfect fit and drilled holes to fit the ones in the wooden frame. 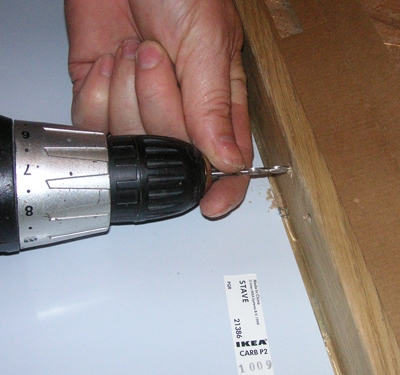 We put some more hot melt on the backside of the mirror to make it stronger and more stable. 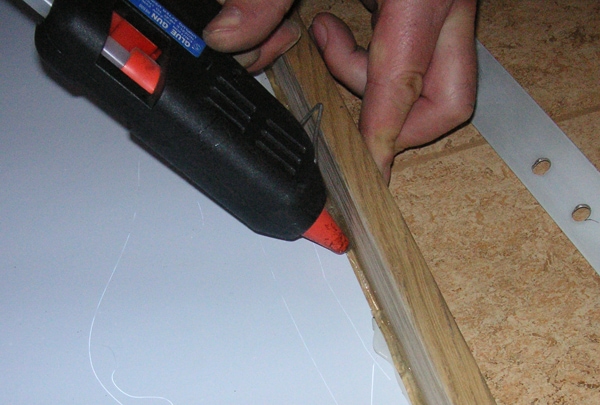 We glued the aluminium and wooden frame together using contact cement (just to make sure it would be strong). 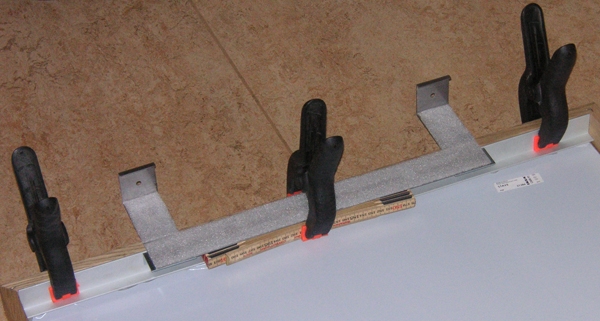 Luckily the original screws were long enough to reach through the aluminium frame too (we did put some glue in the holes as well) and we were able to mount GRUNDTAL safe and strong to the slightly improved STAVE frame. 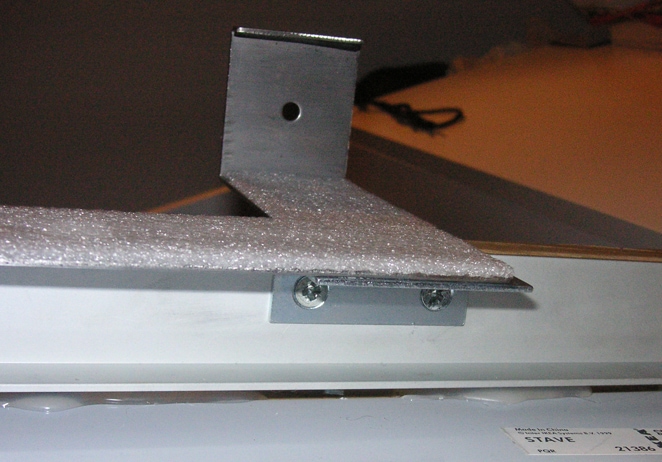 And voilà! EGON was (re)born! 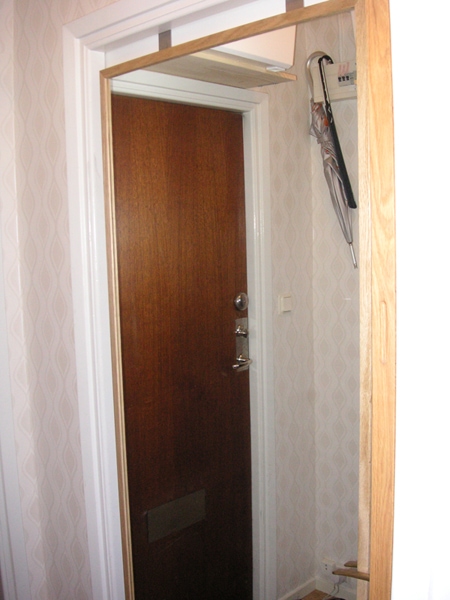 To avoid the mirror bumping into the door I put some double sided tape (used for scrapbooking, the thicker type) on the bottom part of the frame and to keep the door handle from damaging the mirror I used FIXA. 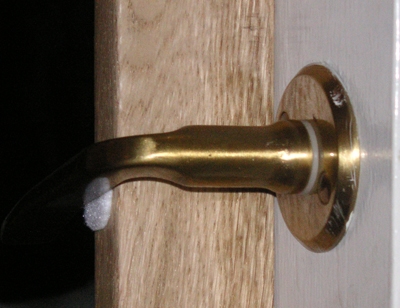 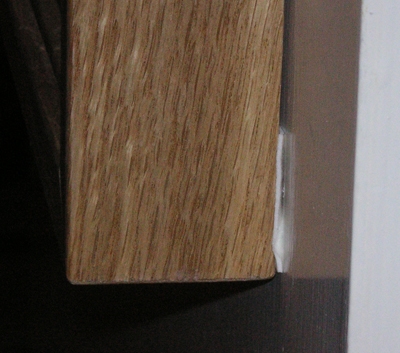 I still keep an eye out for EGON to make sure it will hold. It’s been a few weeks now and it looks good. In case we need to enhance it later on I think the plan is to add some metal parts in the corners to even out the weight to the longer sides too. If that won’t hold I’ll replace the frame with real oak pieces instead.

The hack cost me less than 700 SEK (about $95 or €75).
STAVE: 549 SEK
GRUNDTAL: 45 SEK
Aluminium frame: 70 SEK
Since the screws, washers, tape, glue and protective plastic were something we had lying around I don’t know the prices, but I doubt it will add up to more than a total of 700 SEK (unless you have to buy glue and tape etc).

Create something using this:
- pink
- journal
- round shape